To record a new test case, do as follows:
During your recording, Katalon Studio captures the objects that you have interacted with. When saving test script, Katalon Web Recorder exports a list of objects used in the test case. Choose a directory you want your test objects to reside to continue.

With the new Web Recorder, you can be more productive while modifying existing test cases instead of creating a brand new test case whenever there are changes to the UI, risks of overlooking how new changes might effect existing features are now minimized.

Given that you enter incorrect username or password, you can validate if the website displays an error message indicating a failed login attempt. 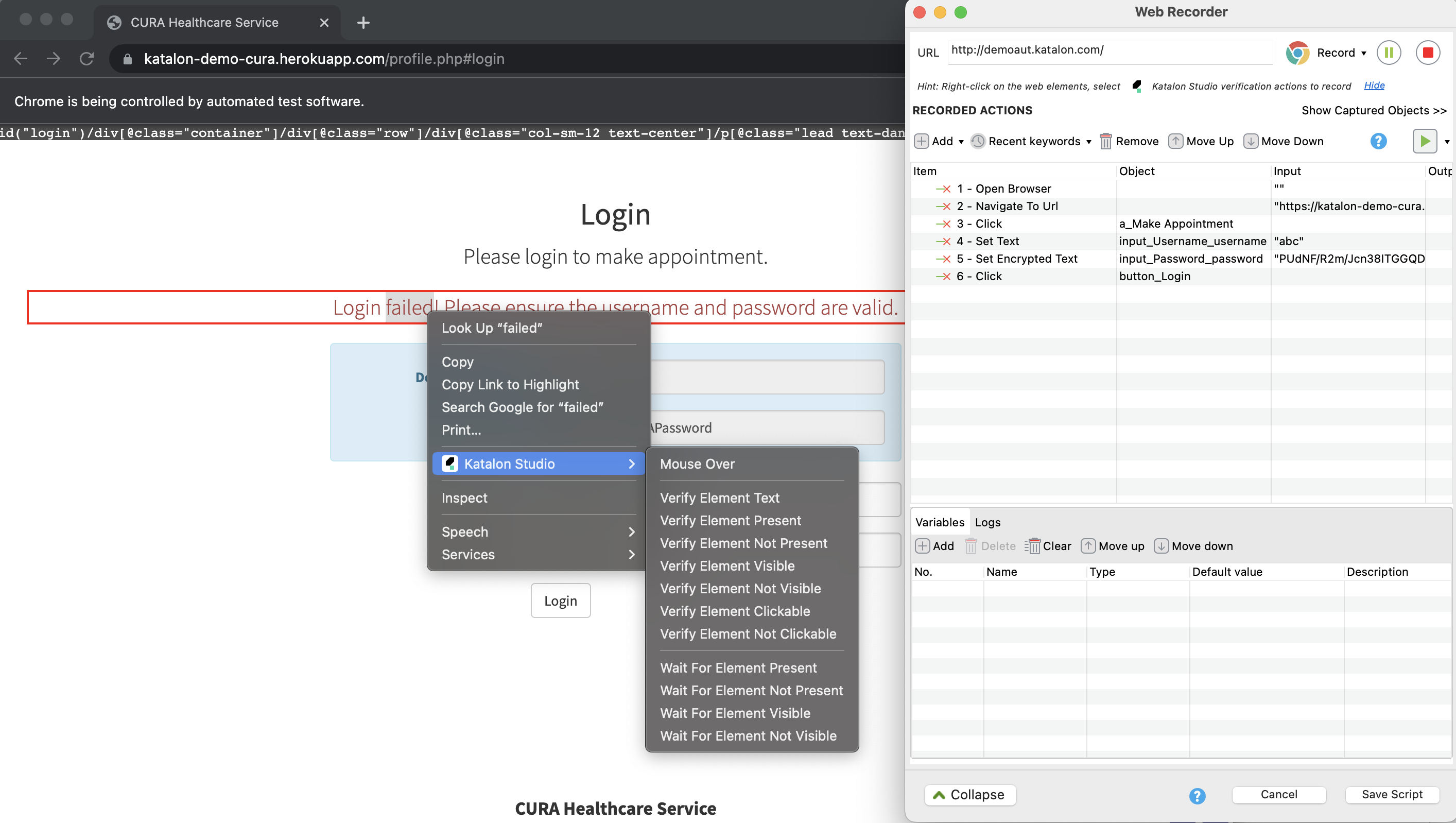 Or you can verify if the next screen after a successful login is "right" by verifying if a specific UI element is present. 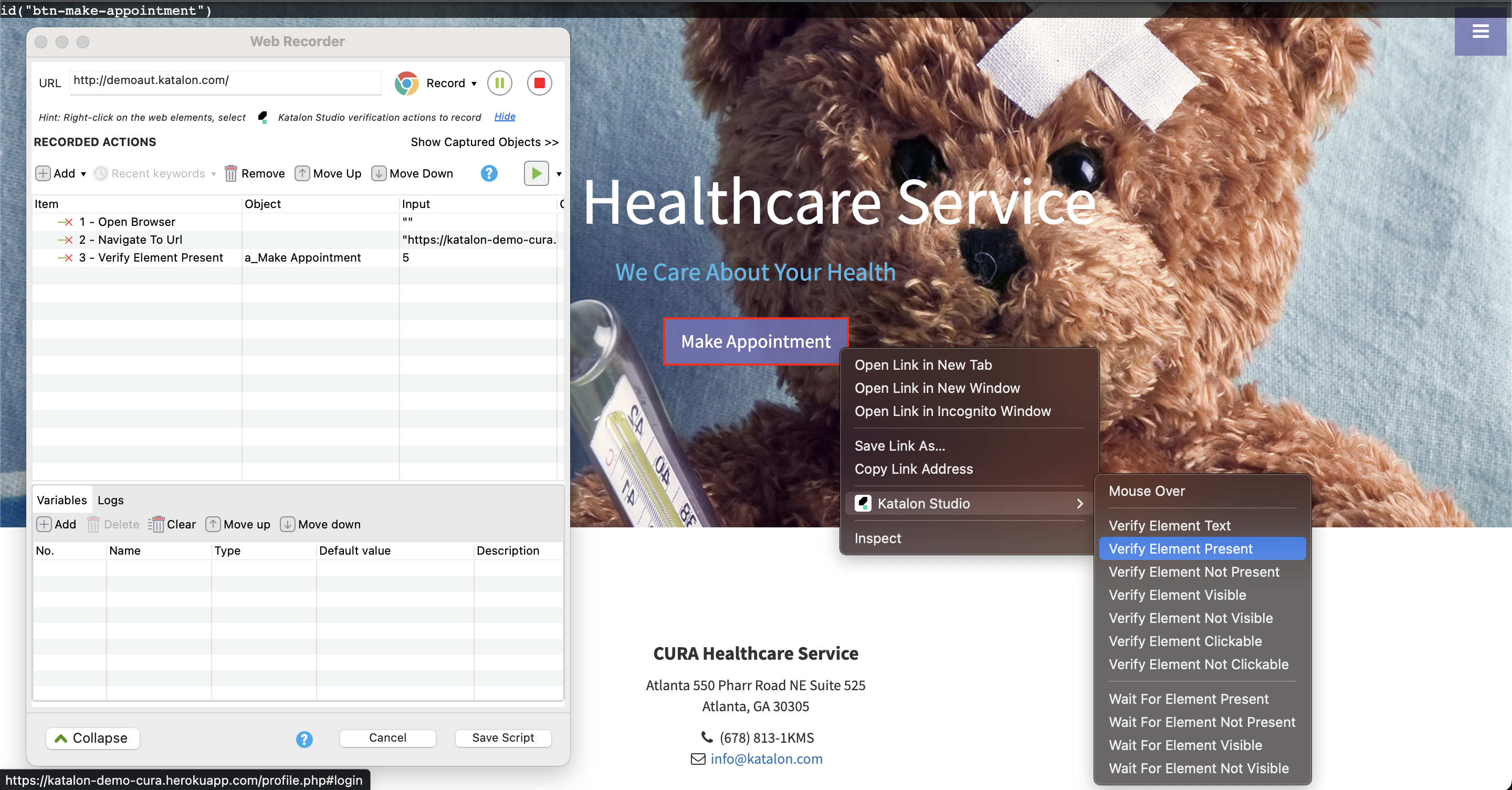 In the drop-down list of the Run button, you can find some Run options. The two of them labeled with Debug are advanced options for validating recorded script, and saving you from running all test steps over and over again if you have a Katalon Studio Enterprise license:

Available actions in Katalon Web Recorder Utility is the same as Katalon Studio built-in keywords. You can add any action, call another test case, and/or use Custom Keywords.

During your recording, Katalon captures the objects that you have interacted with. When saving test script, Katalon Web Recorder exports a list of objects used in the test case. Learn more about Web UI test objects. In Katalon Web Recorder, you can manage the variables directly related to your recording.

When running the recorded actions, you can investigate the execution by looking at its real-time detailed logs. Execution logs are displayed on the Logs tab.

For advanced features such as branching, looping or validation, you can refer to this article: Control Statements.
Note: