You can decide which attributes to be used for detecting an object by selecting options in the Detect object by? column. 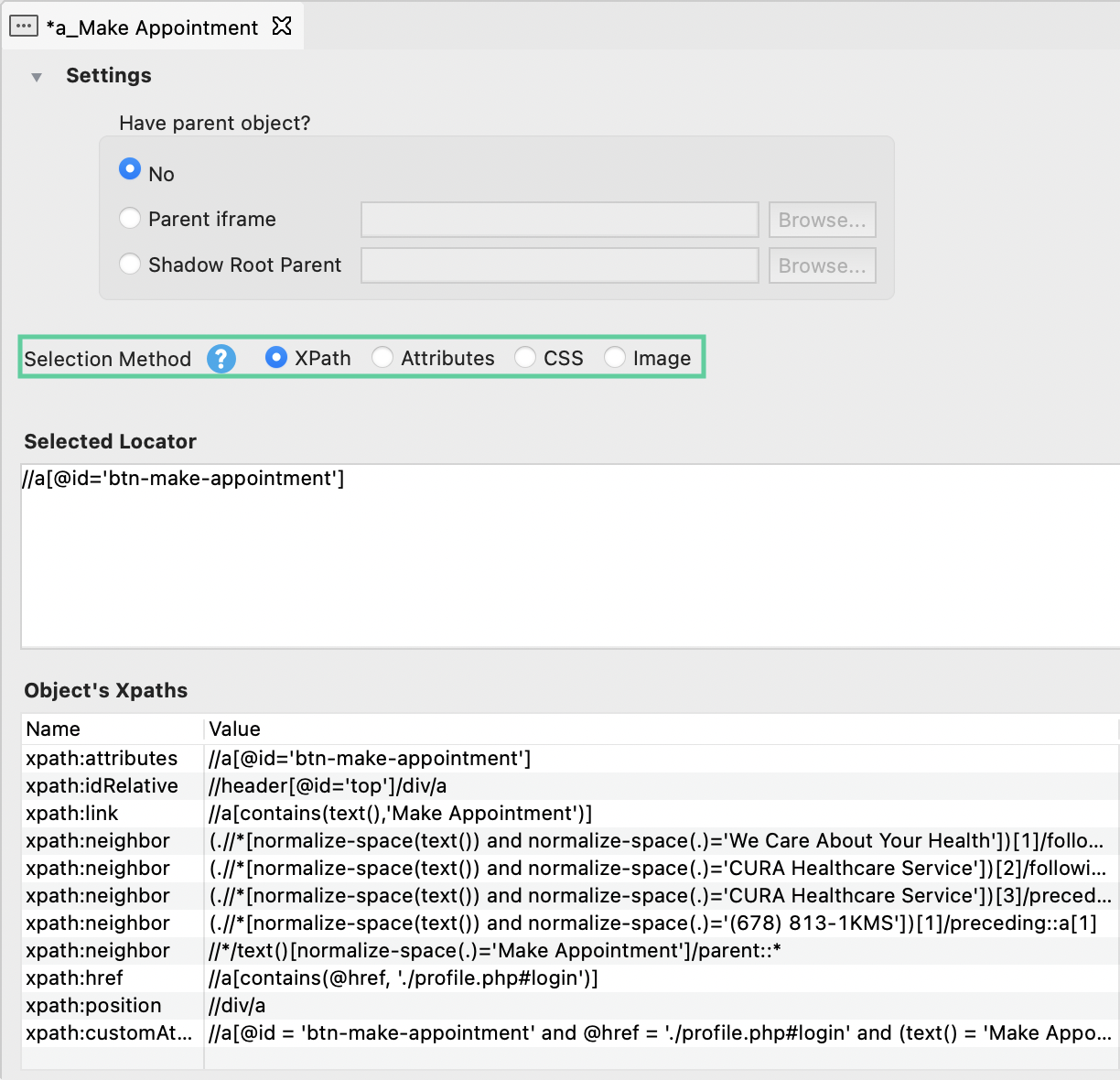 Change the CSS selector of an object at runtime​ 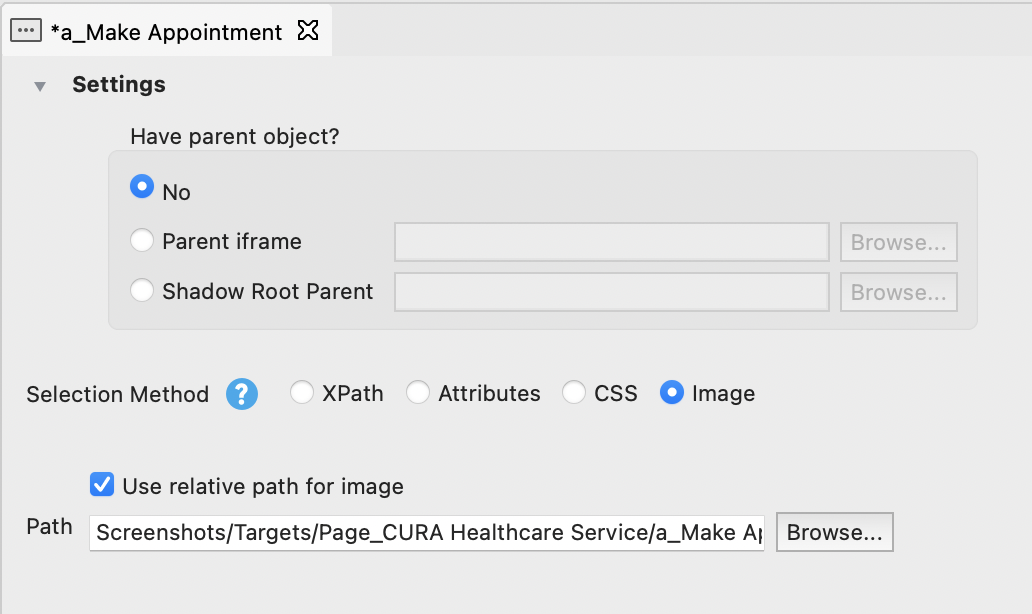